Captain Barbary of Auriga has come to Rahesh-the-City on a mission: Her intention is to kill a monster: The monster is the evil woman who collaborates with the enemy that makes slaves of all women. Known as the Most Favored, this woman bathes in the blood of virgins to preserve her youth.

But barbary's mission goes awry from the start, and she is confronted by the very woman she came to destroy. Find out Barbary's decision in "Jehan's Legacy."

This is an earlier telling of an incident that later made its way into Healer's Awakening in a different form. 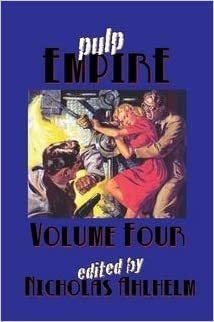